This system has been developed by Topher Dawson in Ullapool.

Re: Ball ended pin and slot

For 6 years Ullapool CRC has used 28mm thole pins with tapered ends which fit into tapered holes in the gunwale. They don't wobble but can be easily knocked out to get the cover on.

For 3 years we have used pins of acetal, an engineering plastic, for practice, and timber ones for racing. The acetal ones show almost no wear after 3 years, whereas the timber ones do wear, and if left in the holes when wet, they tend to jam.

Our swivels rest on the pins, and the oars rest on them. It's a good system but the swivels are time consuming and difficult to make.

The pin and slot system allows the same accurate pitch control and low friction plastic to plastic contact as the swivel, but without needing a swivel. The oar pops on to the pin and the rower chooses the gear from top (3.0), middle (2. 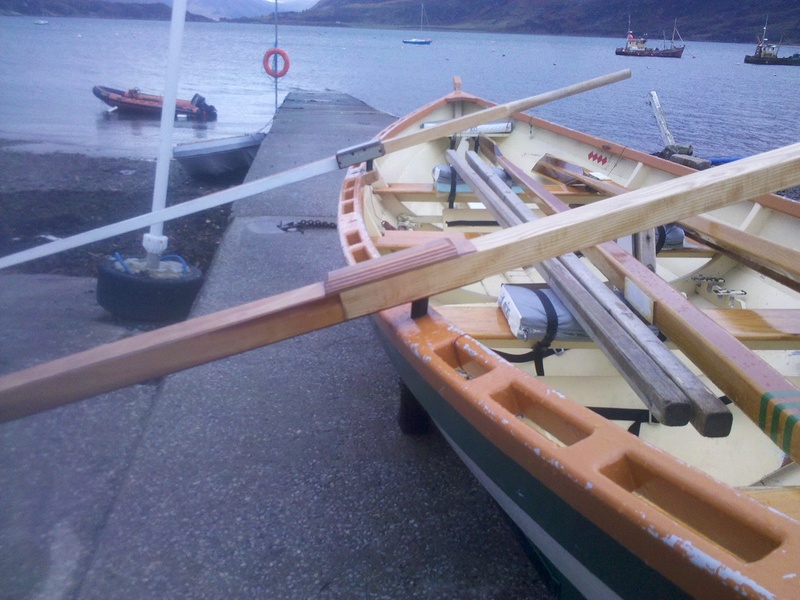 The oar in this picture has about 40mm of space between it and the gunwale, which in other boats is occupied with a wear strip (routh) and a plywood plate on the oar. Since this oar does not touch the gunwale it does not need either.

The oar has a slot right through it lined with 3mm polypropylene sheet (washing up bowl material) and the pin is a close free moving fit. The oar rotates on the pin and is free to rock up and down without touching the gunwale at all.

Small triangular spacers separate the dimples in the top plate, to prevent the pin from jumping between gears. The oar has a rope tied over the top to prevent it jumping in big waves, which is removed before going into harbours where the oars may need to be quickly drawn into the boat. 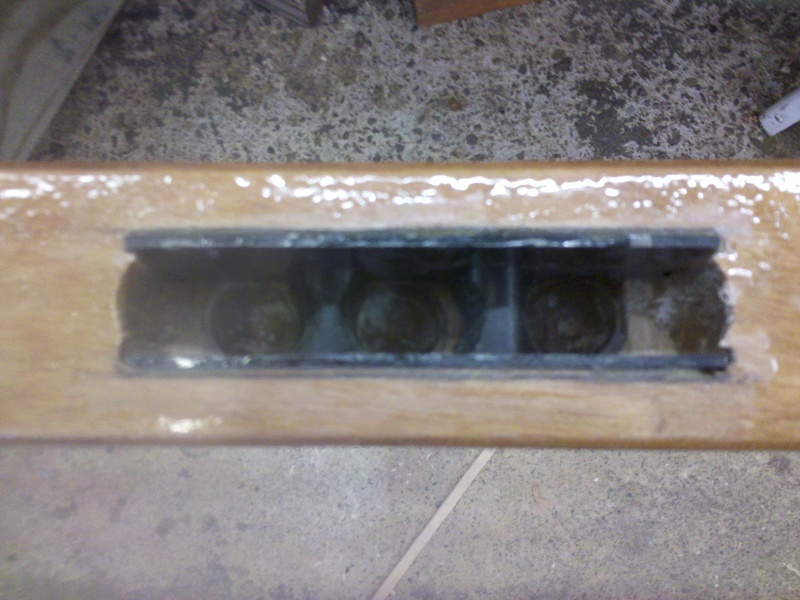 The system has been trialled for 3 weeks and has very little friction. It also has little play in pitch and is easy to mount and dismount the oar, and to change gear. It is simple to make and appears to be strong enough. The slot in the oar is sandwiched by plywood in the hollow oar, and even in the solid oar the top plate holds the slot together.

It is not a traditional design but it does not look out of place. Making the tapered holes in the gunwale is easy. The hole is drilled oversize, 30mm for 2 thirds of the depth and then 25mm. It is lined with thickened epoxy and then the lightly Vaselined pin is pushed into it. When the epoxy sets it is easy to get the pin out and the hole exactly matches, besides being sealed from water.

This is a picture of a pin in setting epoxy in a gunwale block at position 3 where the effective beam of the boat is being reduced to keep the oar length to 4.3m. The old hole can be seen in the gunwale. 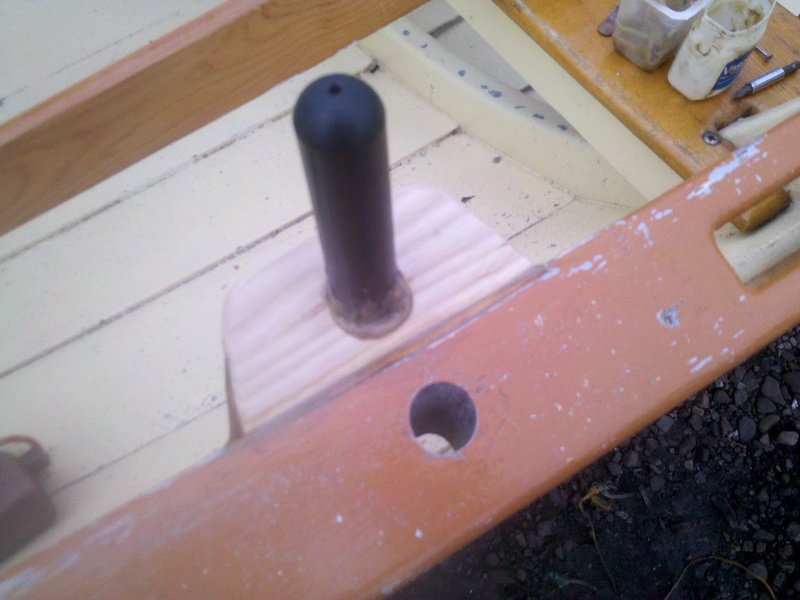